Computers can do many amazing things with art, especially with the advent of neural networks1. In 2016, I saw some computer-generated art that inspired me to generate art as a human. The art I saw was a rendition of photos in primitives. Here’s an example (For much more, just follow @primitivepic): 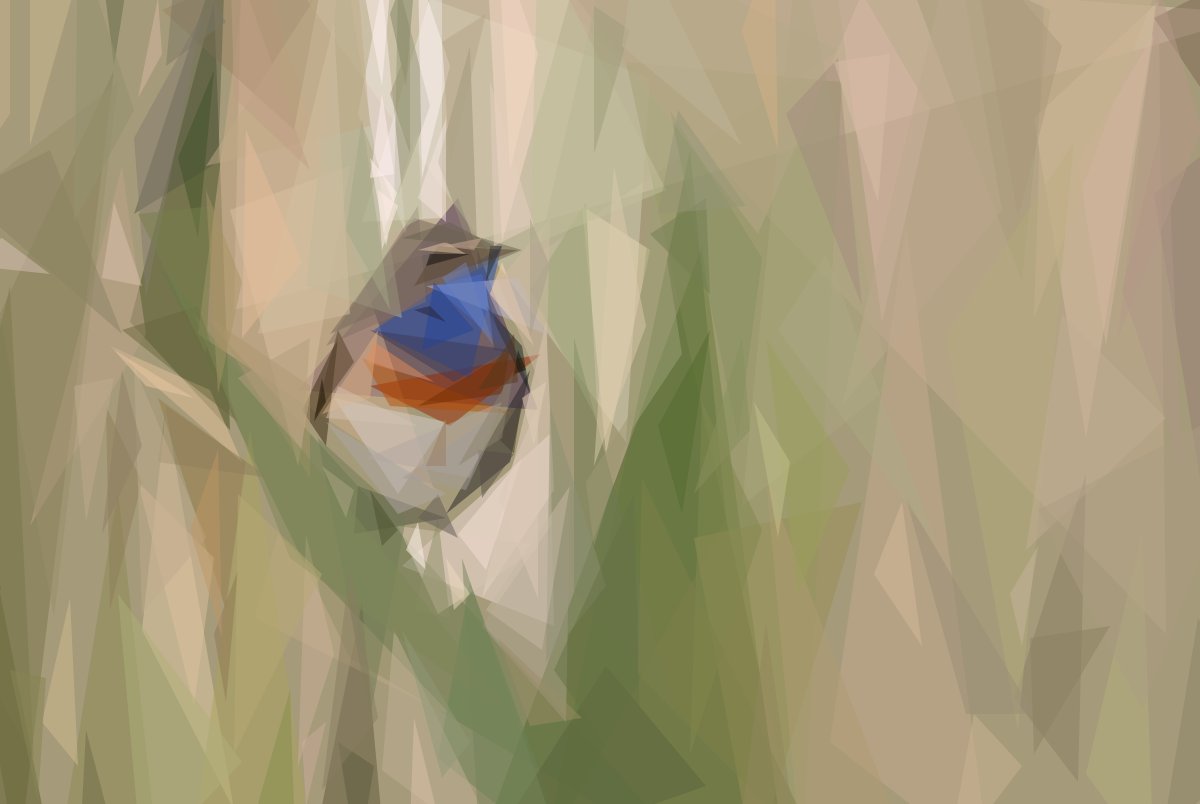 These kinds of photos were generated using a computer program that tries to replicate a photo by slowly building up primitive shapes (ellipses, rectangles, triangles) of a single color until eventually enough different shapes and colors converge on the original image. The program is available for free at github.com/fogleman/primitive.

I played around with this program and soon found myself inspired and wanting to learn acrylic painting to paint in that style. I’ve never painted in acrylic before (previously I’ve done only watercolor / gouache), but I thought I could learn do better than this computer program. So, in September 2016, I sought to become an artist using this computer program as the teacher. 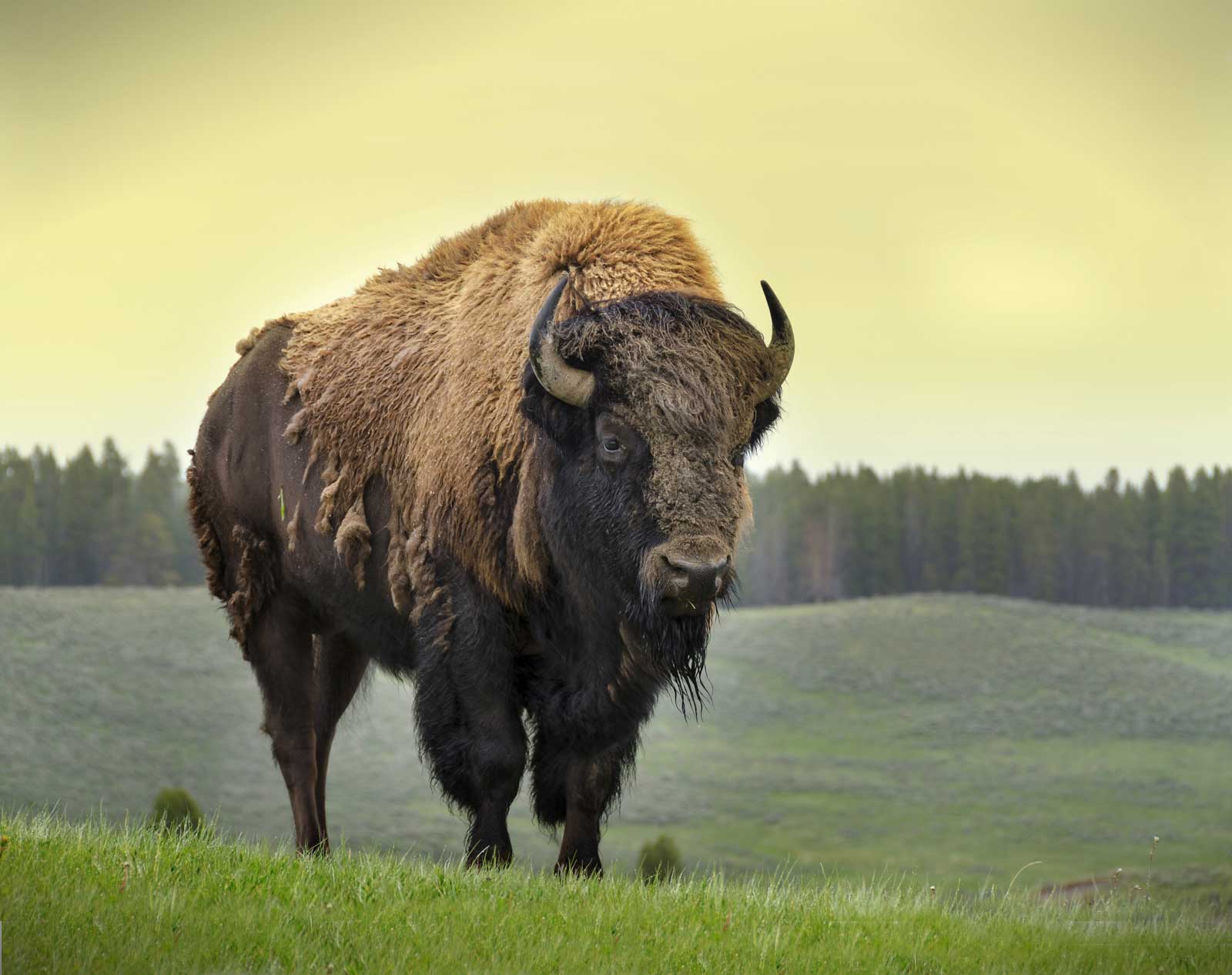 I started out trying to take a photo and paint primitives. The photo I chose was of a bison.

I plugged this photo into the program and generated about 100 images that each added a single rectangle onto a base image. This was my guide, and all I had to do was follow the painting procedure from looking at the next image. 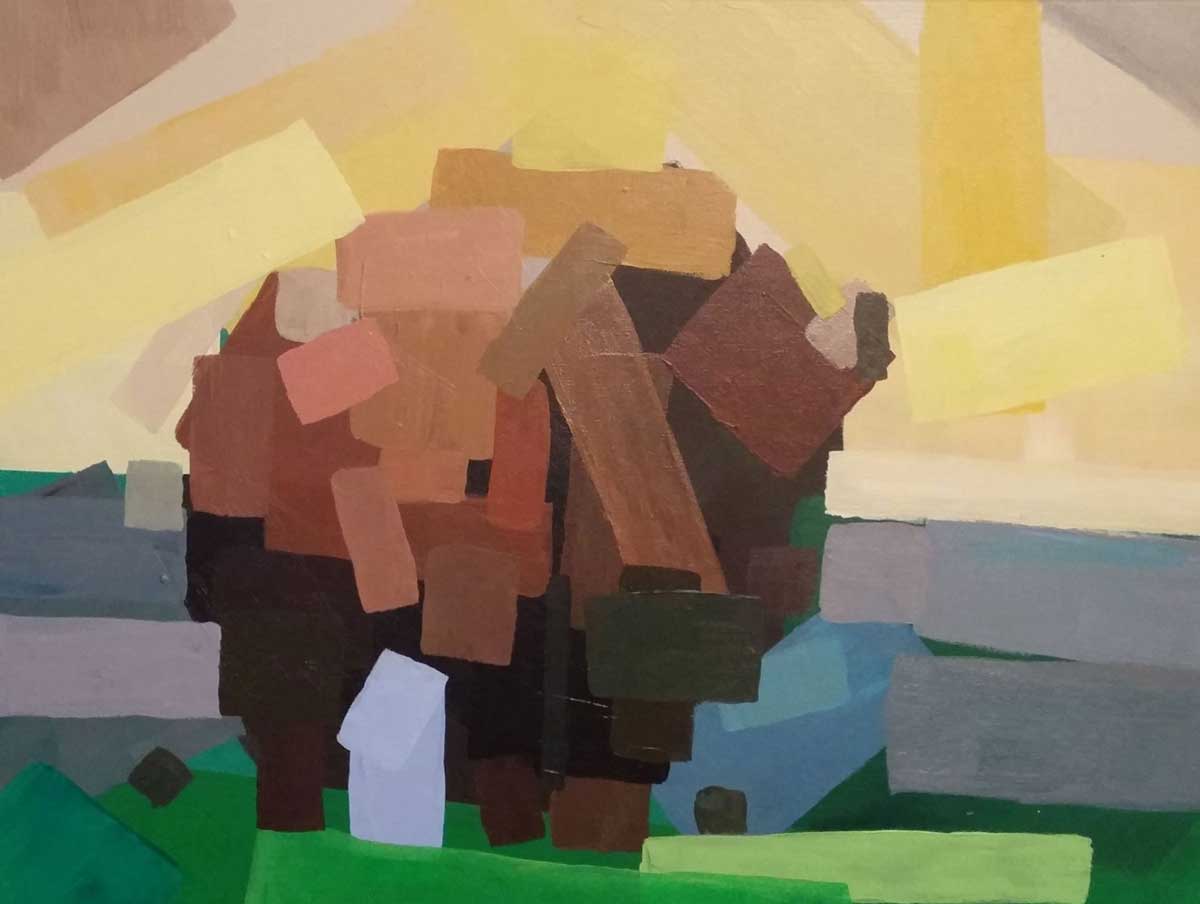 My first painting follows exactly the primitive style using only rectangles. It remains one of my favorites though it is quite amateur. I misjudged a lot of the colors so everything became a lot brighter. I still struggle with creating subtle colors today, too.

Moving towards to realism

I continued painting throughout the end of 2016 and now into 2017. I’ve been painting mostly animals and lots of bison for some reason. One of my New Year Resolutions was to paint every week. I have been able to do that, mostly.

I learned a lot painting every week. I followed the advice of Jessie Doyle and learned to paint what I see instead of trying to paint what I think I see. I took a class with Frank Haddock and learned about how to subdue colors (just consider RGB and remove the current color and mix the remaining with white to make a subduing version) and how to use brushes (use filbert for lines). 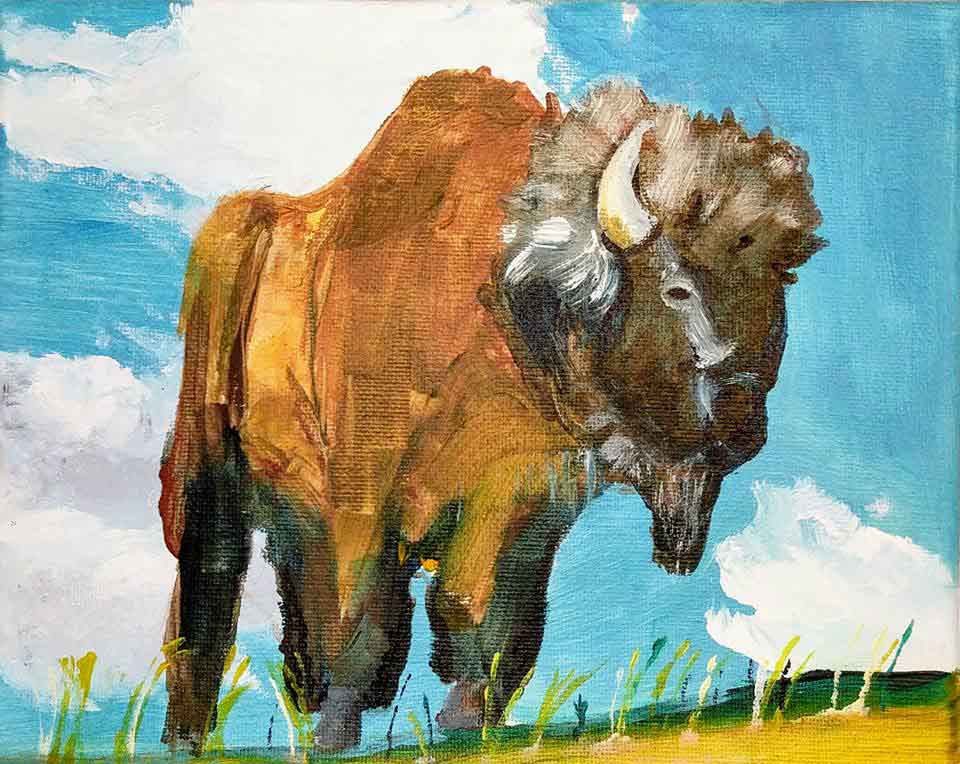 I became enamored with the wet-on-wet acrylic because you could get blends of color and strokes. I also found that the primitives were too mechanical to get colors and I experimented with something more realistic.

Now, at the end of 2017, I’ve gone back to the using primitives, but without the restrictions on a particular shape of stroke. Instead, I focus on generating the painting in a few explicit strokes with a wide brush.

There is something wonderful about rendering the painting in a few strokes, in a primitive style. In principle it is simple - there are only a few strokes involved. However in practice it is complex - each stroke needs a color, a position and an orientation. There are many combinations for those three options and they have widely different aesthetic appeals. Suddenly determining the next stroke becomes difficult and possibly frusturating. However, I find the result quite appealing. 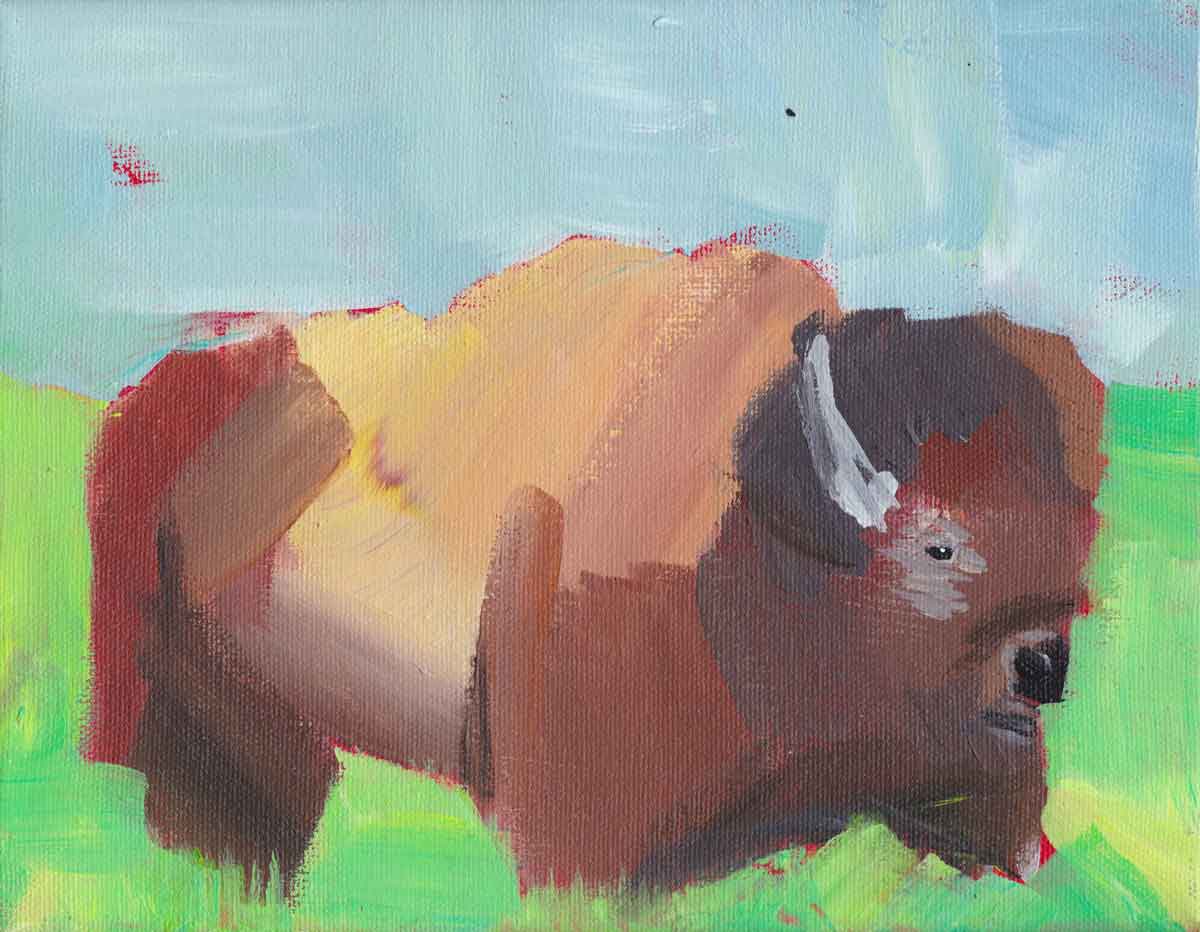 Using the idea of primitives and improving upon my ability to draw and paint, I’m now able to generate an acrylic painting that is much more satisfying to me in terms of primitives. For the record, I can also paint things other than bison, like birds2 3.

You’ve read to the end of this! Wow. As a bonus, here are two painting tips that I would share as a still progressing novice: